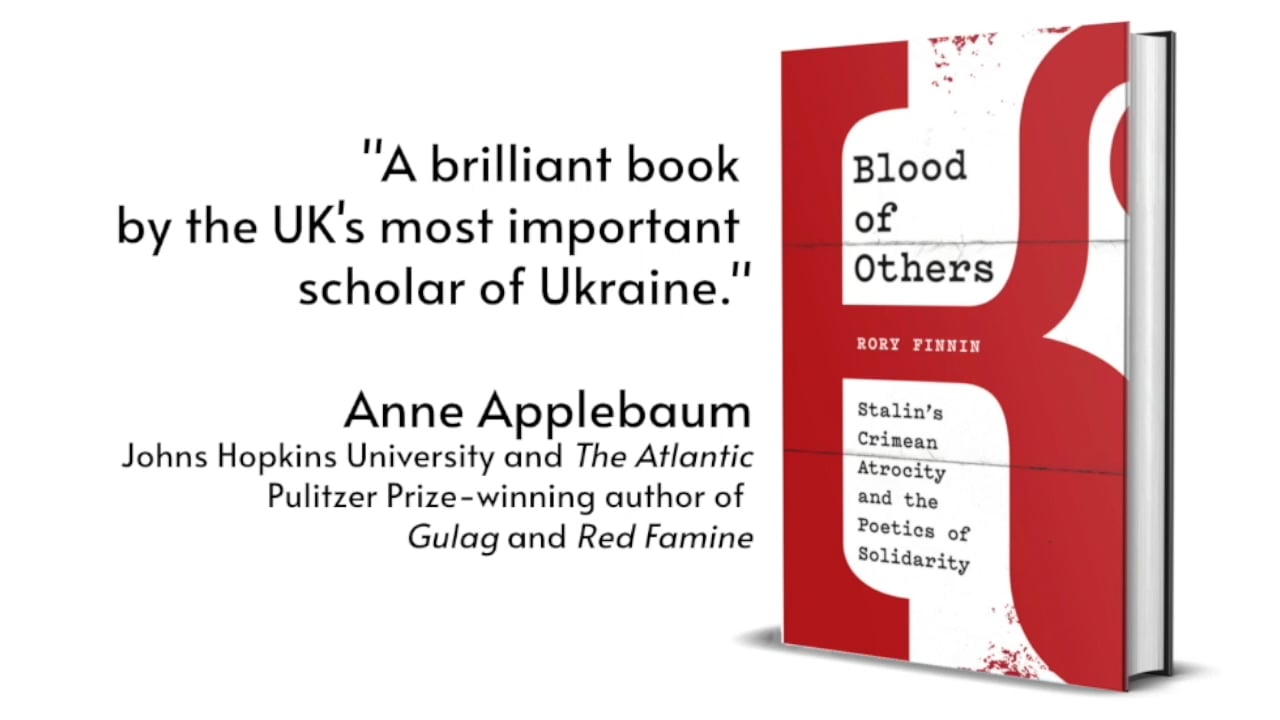 Support your local bookstore or find Blood of Others online

BLood of Others: Stalin's Crimean Atrocity and the Poetics of Solidarity

A new cultural history of the Black Sea region, now engulfed in war

In the spring of 1944, Stalin deported the Crimean Tatars, a small Sunni Muslim nation, from their ancestral homeland on the Black Sea peninsula. The gravity of this event, which ultimately claimed the lives of tens of thousands of victims, was shrouded in secrecy after World War Two.

What broke the silence in Soviet Russia, Soviet Ukraine, and the Republic of Turkey were works of literature. These texts of poetry and prose – some passed hand-to-hand underground, others published to controversy – shocked the conscience of readers and sought to move them to action.

Blood of Others presents these works as vivid evidence of literature’s power to lift our moral horizons. In bringing these remarkable texts to light and contextualizing them among Russian, Turkish, and Ukrainian representations of Crimea from 1783, Rory Finnin provides an innovative cultural history of the Black Sea region, now engulfed in war. He reveals how a "poetics of solidarity" promoted empathy and support for an oppressed people through complex provocations of guilt rather than shame.

Forging new roads between Slavic studies and Middle Eastern studies, Blood of Others is a compelling and timely exploration of the ideas and identities coursing between Russia, Turkey, and Ukraine – three countries determining the fate of a volatile and geopolitically pivotal part of our world.

"More than path-breaking. It manages to move around the furniture in an entire field… Essential reading for all students in the social sciences and the humanities."

"The crime of Katyn has bedeviled European memory for decades, and only an ambitious pan-European effort such as this one can reveal every angle of the problem – and some of the solutions."